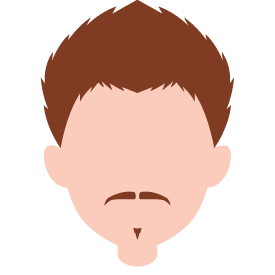 One of the most difficult adjustments I had to make after my divorce was learning how to maintain and repair my own vehicle. That was one thing that my husband had always taken care of for me. Since the divorce, I have learned quite a bit about maintaining a car myself. I have picked up a few tidbits of information that has helped me avoid being overcharged for simple things that I can quickly do myself - like jump-starting my dead battery and changing a flat tire. If you need to learn how to independently maintain your vehicle for the first time, take a moment and visit my site.

Someone yells at you at a stop sign that your brake lights aren't working. It's something that needs to be taken care of quickly and you can likely do it yourself. Here are the steps for fixing the common light problems in your car.

Some Guidelines to Help Identify the Problem

The two components that make your lights work are the light bulb and the fuse. Every light is connected to a fuse. Some of your lights, such as the brake lights, work in pairs connected to one fuse. An easy guide to troubleshooting a light problem is

It would be rare for both of your brake light bulbs to be burned out at the same time, but not impossible. Use these guidelines as a start, then tackle the unlikely scenarios.

If you think you have a fuse problem, the fix is the same for all light pairs:

If you determine the bulb is the problem, you'll need to get a replacement light bulb from an auto parts store. Ask the clerk to help as each make and model of car uses different bulb styles. Once you have the replacement bulb, follow these steps to replace the light.

As you can see, replacing the light bulbs is similar for all of the lights in your car. There are some problems you may encounter that will require the help of an auto repair shop:

If you face any problems like this, or have issues with a bulb replacement, contact a local shop.